Textiles has been a tough business in the U.S. for a long time. Nobody knows that better than the Zaslow family. So their newest project, a direct-to-consumer (D2C) line of organic cotton bedding called American Blossom Linens, is something to keep a close eye on.

The Zaslows founded ATD-American, a distributor of bulk institutional items from bedding to bath linens to clothing for customers such as government agencies, dormitories, hospitals, hotels and resorts. “Our family has been in textiles for a long time, since 1931,” said company President Robert Zaslow. “We subsequently entered into manufacturing in the 1980s after the existing textile mills of the time demonstrated they could not consistently provide the service and quality that our customers required.”

They were able to grow through acquisition when competitors were declining, when Thomaston Mills of Georgia, another producer of bedding and bath linens that dates back to 1899, went bankrupt in 2001. “The U.S. textiles trend then was to either shut down or offshore,” Zaslow said. “Our family bought Thomaston and addressed their problem of focusing on the retail market’s ‘race to the bottom.’ We bought them and focused them strictly on institutional sales, that is, the hospitality (hotels, resorts, cruise lines, et al…) and healthcare markets. It was a great opportunity to take over a great facility and a great workforce.”

The two companies share a headquarters in Wyncote, Pennsylvania, just outside Philadelphia, and they also share resources and positioning. “We found a lot of customers in the hospitality market that want higher quality, items that are better able to handle the frequent and  rigorous commercial laundering process,” explained Zaslow. “So we’ve focused on that, and we also doubled down on our U.S. presence with our new South Carolina finishing plant that does our bleaching and dyeing . We’ve focused on vertical integration.”

The South Carolina plant also gave the company a sustainability platform. “Our real message is that we’re faster, better, and greener than imports,” said Zaslow. “We carry a huge inventory of raw materials and finished products in our factories to provide quick turnarounds that import competition cannot.  Our products are a much more consistent, brighter shade of white than imports, and  in addition the wastewater from our finishing plant is so clean that it is used by local farmers for crop irrigation with the direct oversight of stringent American environmental laws. No overseas manufacturer can say that.”

But it’s their new venture that takes the legacy fabric products company into a whole new realm of environmental stewardship. It all started with a focus on American-made products. In 2018, the company’s former president, Janet Wischnia (who is current President Zaslow’s cousin, and a member of the founding family), began seeing that trend. “I started noticing a lot of publicity about made in America, with fellow apparel companies like American Giant getting lots of attention,” she said. “I saw they were doing the D2C model, and thought that was something we could do.”

Around the same time, Wischnia saw the documentary The True Cost, an expose’ about the reality of overseas garment production. In the film, one interview was with a woman from the Texas Organic Cotton Association whose husband’s cancer was linked to chemical exposure. Wischnia contacted the association and was able to find a source for organic cotton. “I figured out how to make organic cotton yarn, then sheets,” she said. She had been trying sheets at home made of substantial, heavier weight fabric that Thomaston Mills had made for a customer. Liking the feel of those, she put the concepts together for her product.She brought back a brand, originally called Blossom by Thomaston when they created it in the 1940’s, with the goal of capturing the time tested quality of their origins. “The manufacturing of the product fit with our existing processes,” Wischnia said.  The entire process is made in the U.S.A., from the cotton which comes from family farms in West Texas to the spinning, weaving and sewing. American Blossom linens is ‘Made in America, from Farm to Bed,’” said Wischnia.

The business aspects also took some new thinking. “This was unique,” said Tim Voit, the team’s Chief Marketing Officer. “We had partners we were able to work with each step of the way. The D2C approach was a good fit, so we could reach the consumers who are able to pay the higher cost for a product of that quality.”

Offering an organic cotton product is certainly a bigger and bigger draw. “Our organic cotton sheets have a better feel, and they last much longer, said Voit.  But the other sustainability story the American Blossom line offers is reducing the creation of microplastics. Many sheets today are made with microfiber (finely woven fibers of polyester). The problem with microfiber, however, is that it constantly sheds microplastics each time an item is washed and dried. These tiny pieces of plastic are getting increasing attention as an environmental problem, since they’re now being found just about everywhere, with large numbers being found in the world’s oceans and in both the human and animal food supplies. “Plus, microfiber products aren’t biodegradable,” said Voit.

The line was launched early this year, and the team is still learning its way in some respects. “Manufacturing we knew,” Wischnia said. “The marketing piece we’re still learning – how to use social media, and how to focus our advertising. We’re doing lots of work with influencers.” Voit agrees. “We had to find some younger people who could communicate our message to our target audience,” he said. In the meantime, the company is focused on other ways to grow, including new products in the line.

The team feels the American Blossom line taps into a growing movement in America. “There’s a trend toward minimalism,” said Wischnia. “Younger folks are focused on saving their money – I think a lot of them want to buy things that will last a long time.” Tying the American-made messaging with the sustainability benefits is a key focus. “There are pieces of American manufacturing that are greener than imports, and will actually save you money in the long run,” Voit said.

They continue to focus on the fundamentals the parent companies have learned over the decades too. “We try to be a good employer, and I feel we do a good job at it,” said Zaslow. “For example, over 2/3 of our Georgia workforce have been with us since we bought Thomaston 18 years ago. We offer great benefits, a good work schedule, and good pay.” Wischnia added, “We have a great group of people. Without them, we couldn’t have done this. They’re wonderful – we want to grow the business so we can add jobs.”. 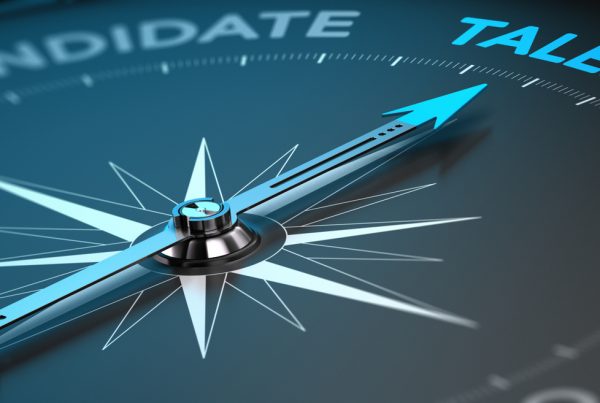